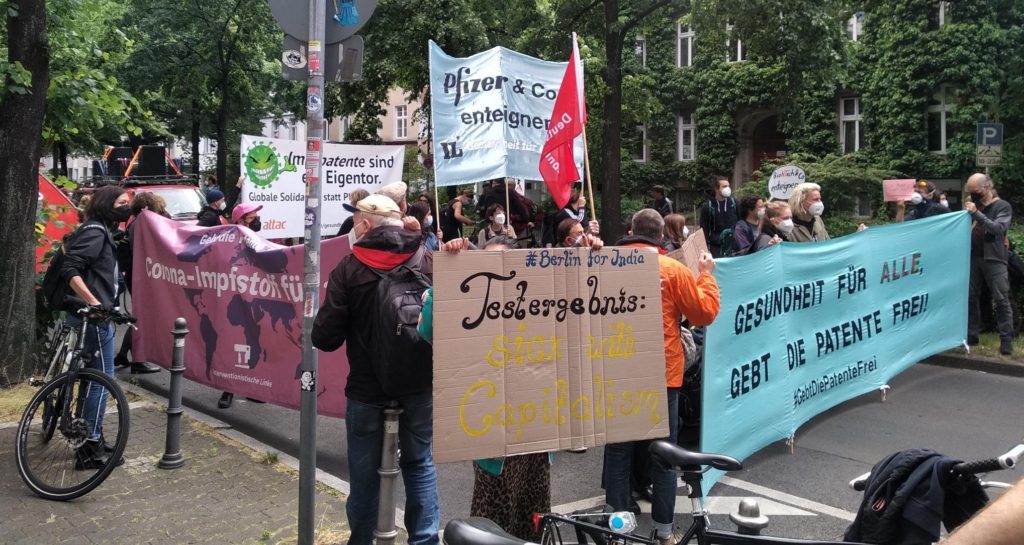 On Sunday, we walked with a large coalition from Willy Brandt Haus to the Bundestag to demand a waiver on vaccine patents. This was part of the #MakeThemSign campaign. You can read the press release from the demonstration here.

We delivered the following address:

“I am here representing Berlin for India, a group of activists that organise in defence of civil, democratic, and human rights in India, a country that so far, has only fully vaccinated less than 3 and a half per cent of its population.

For thirty years now, we have come together to describe the unfairness of the neoliberal consensus cemented in the World Trade Organisation agreements. Today, we are here to repeat our accusations about the hollowness at the heart of a system where white Germans make a scramble to their favourite urlaub spots, as frontline workers in South Africa who have not received a single dose of the Covid vaccine, are risking their lives to control the spread of the virus.

Why is this the case? Because by mid-December of 2019, some 16 countries representing only 14% of the world’s population had pre-ordered more than 10 billion vaccine doses or about 51% of the available world supply.

At the same time, the COVAX Facility of the World Health Organisation, the global initiative aimed at equitable access to the vaccine, had reserved only a few hundred million doses.

For two years now, we have asked the World Trade Organization to invoke a waiver of some intellectual property rights on vaccine technologies under the WTO rules.

In the early 1990s, we failed to resist your imposition of your intellectual property standards on our health sovereignty. Pharmaceutical corporations outspent all others to spread the lie that patents are essential for innovations in medicines and healthcare.

What we know now is that this system of patents on pharmaceutical products reduces the availability of life-saving medicines, especially to those who need them the most. They corrode health systems of the poor nations.

In terms of doses administered so far, the imbalance between the G7 that is meeting in Cornwall and the planet’s low-income countries, as defined by the World Bank, is 73 to one. Even though limited vaccine distribution poses continuing risks to the end of the pandemic and even to fully vaccinated people, the richer nations have pursued strategies to vaccinate their populations ahead of those of the poorer countries. 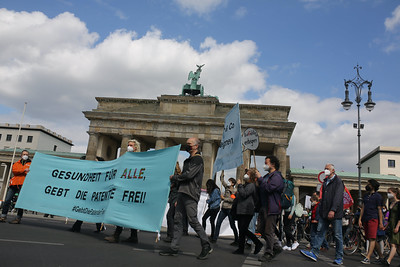 We need to be vaccinating billions of people quickly, and to do that we must manufacture more vaccines in India, and also Bangladesh, Indonesia, South Africa, Ghana, Turkey, Brazil, Argentina, the United Arab Emirates, China, Russia, and anywhere else with the capacity to do so.

We may have lost thirty years ago but we are back to take control of our health.”