Earlier this year, even as the pandemic raged outside, India’s Parliament passed three legal codes on labour that have mainstreamed hire-and-fire-provisions and criminalised most trade union activity. The regulation of agriculture markets was also amended, threatening to leave small and marginal farmers at the mercy of agricultural corporations and large-scale institutional buyers. 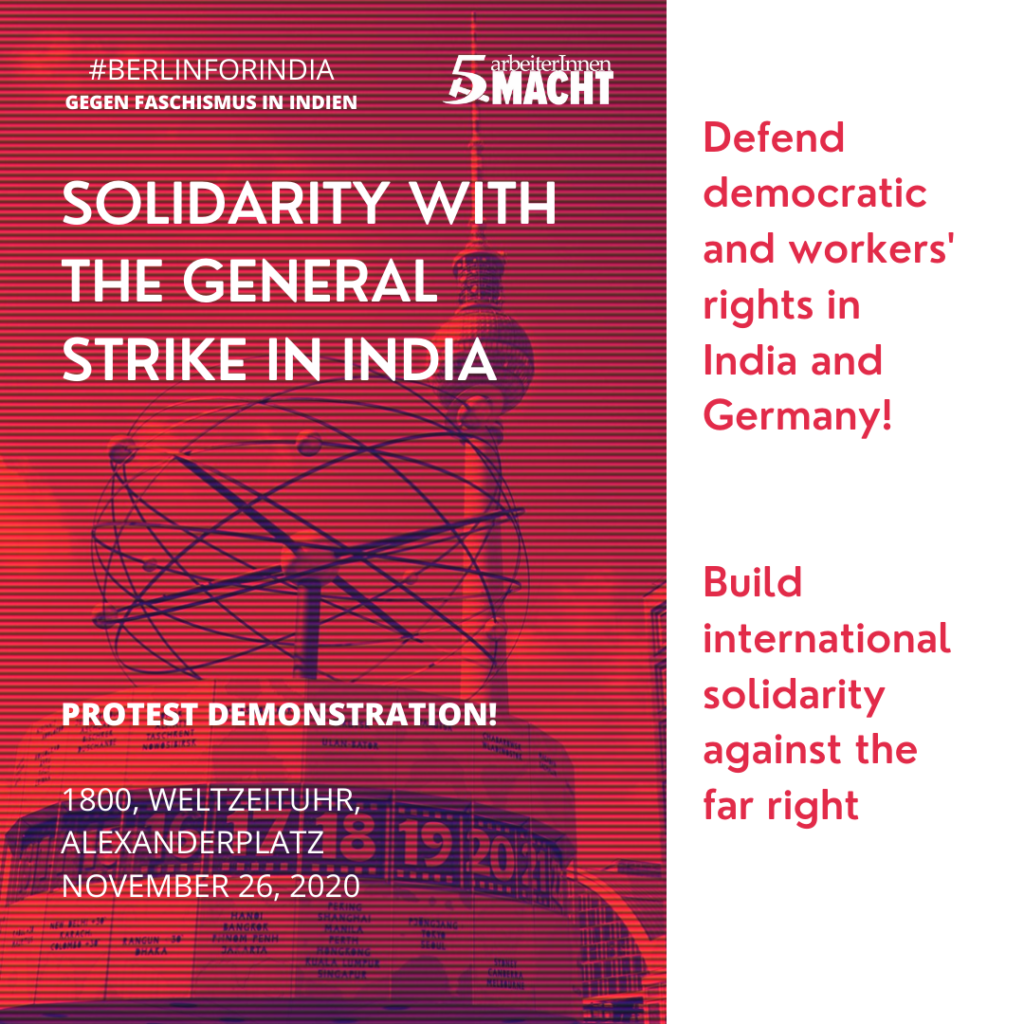 These are part of the BJP-led Indian government’s direct attacks on the working class. Since 2014, India has been ruled by this party, which believes that India belongs to the Hindus and that minorities, including Muslims, indigenous people, women, and the so-called “lower castes” among the Hindus, are a secondary class of citizens.

Narendra Modi’s rise to national power in 2014 and his re-election in 2019 have emboldened “cow protection” vigilantes, lynchings of Muslim men, online armies of hate-spewing trolls, and fake news farms. With a massive majority in India’s parliament, Modi has also taken a more direct control over institutions like the judiciary, the election commissions, the central bank, universities, and the information commissions. The party and the government have tried to make journalists, editors, and public intellectuals toe their line. Except for a few small publications now, the Indian media offers largely uncritical coverage of the government. The annexation of Kashmir in 2019 and the pogroms against Muslims in Delhi in 2020 are two examples from a long list of human rights violations and anti-democratic actions. The “largest democracy in the world” is on the way to becoming a religiously founded dictatorship. 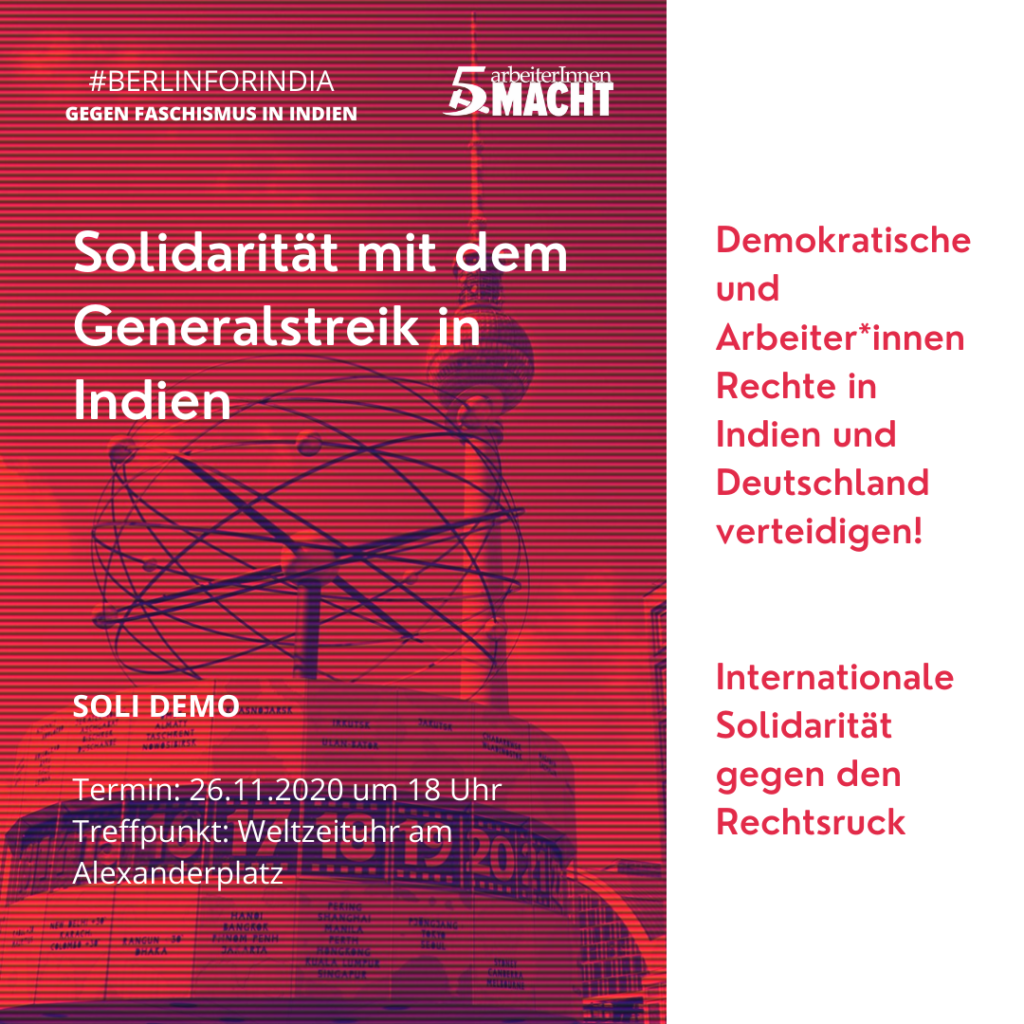 To stand firm against the historic attack on the democratic, social, and trade union rights of workers, farmers and workers’ organisations of India have called for a general strike in India on November 26. The struggle to defend democratic and social rights must cross borders.

We invite you to stand by our Indian brothers and sisters and express your solidarity with the general strike at a protest demonstration at 1800 on Thursday, November 26 at the Weltzeituhr in Alexanderplatz.